Borehole InfiniTEM® detects a conductor as small as Caber at a radius of more than 475 metres. The use of InfiniTEM® can reduce drilling costs by spacing the stratigraphic drill holes up to 800 metres apart, instead of 400 m. 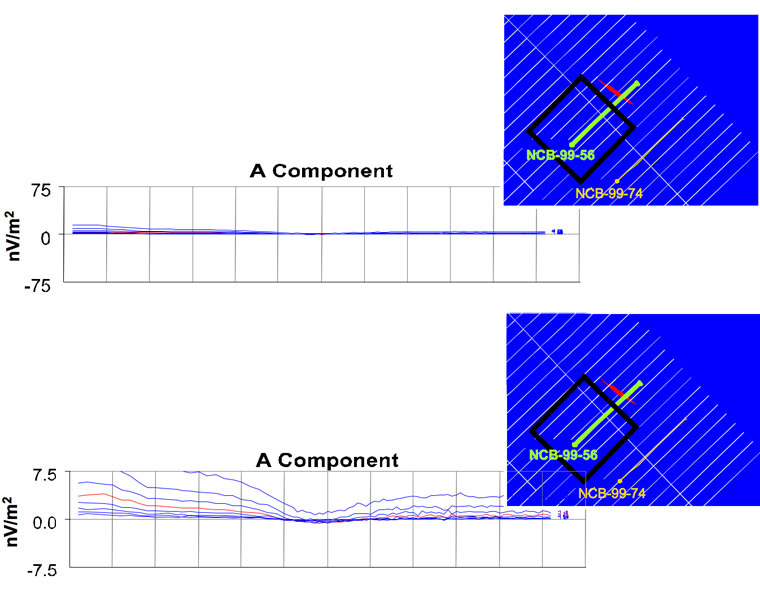 At 200 metres from the deposit (Hole NCB-99-56), conventional BHEM reaches its detection limit. The anomaly is too weak for reliable data interpretation.

On the other hand, the borehole InfiniTEM® anomaly is outstanding, at least 20 times greater amplitude than that of a conventional BHEM survey. Furthermore, the migrating cross-over indicates that the borehole intersected the conductor at an oblique angle.

At 475 metres from the deposit (Hole NCB-99-74), the conventional borehole EM survey does not show any anomaly.

InfiniTEM® proves its greater radius of investigation by clearly mapping the deposit from a hole that is 475 m from the deposit.